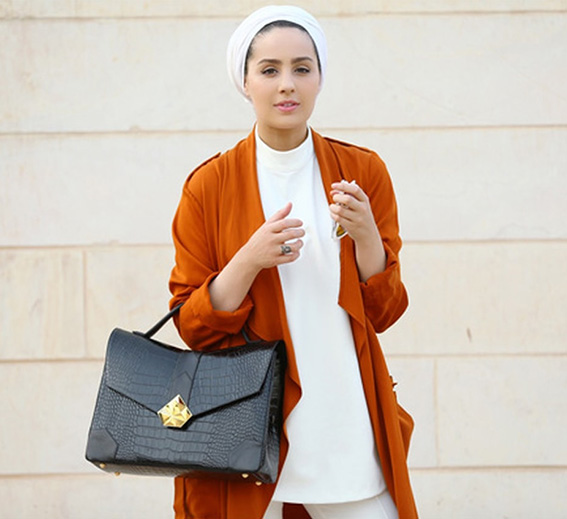 “known by her blogging name Ascia AKF, is a Kuwaiti fashion blogger, model, and fashion designer. Al Faraj, with over two million Instagram followers, is considered one of the Middle East’s most influential bloggers and social media influencers. She is also popular in Malaysia and Indonesia.
Her fashion designs are mainly for women who wear hijab. In 2010, Al Faraj launched her clothing line Twenty.10 by AKF. In 2014, she, along with Syrian designer Manar Laktineh, introduced a line of handbags. In 2015, she launched a line of turbans.”